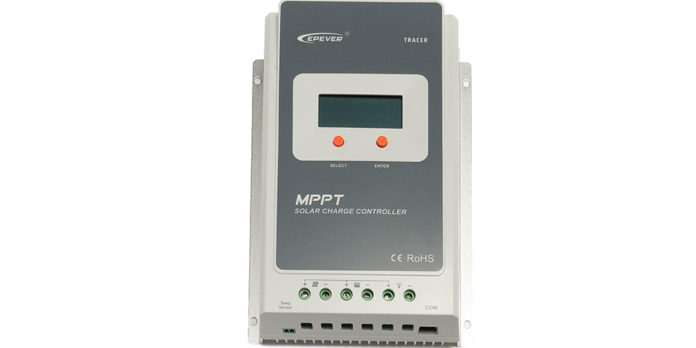 If that’s you, not to worry! This article is here to clear your doubts.

But before we delve into the main business of the day, let’s start with the basics

How a solar charge controller works will leave you in awe

Solar photovoltaic (PV) is a type of technology that transforms into current electricity via semi-conductors. When you connect solar panels to a grid inverter, power will be continuously sent to the utility as long as the sun is shining.

But what happens when the sun stops shining?

The problem is often when there is a need for energy storage when the sun has gone down. Storing electricity to do later work will require batteries attached to the solar PV system. When there is a battery, there needs to be some form of regulation.

Now, this is where solar charge controllers come in. Think of them as regulators or protectors.

If you still want to know the answer to how a solar charge controller works, the mechanism is quite simple. It transmits power from the PV to battery bank and system loads. When the bank is almost full, this controller will reduce the charging current to sustain the voltage needed to fully charge the battery, and keep it reduced.

When the voltage is regulated in that manner, the battery is protected by the solar controller. This is super important because batteries are one of the most expensive and fragile parts of the system. Solar charge controllers prevent them from undercharging or overcharging. They preserve battery health.

Features to look out for in Solar Charge Controller

It is not just enough to know how a solar charge controller works. You also have to look out for certain things so that your product can last for you.

Two important factors to consider are performance and reliability. It is not recommended to buy inexpensive solar charge controllers because they are often not reliable and don’t match up to standard charging requirements.

By buying poor solar charge controllers, you end up spending more on maintenance than you would on buying a new one.

Small solar charge controllers do not come with fans, and it has three advantages:

1. Has a longer life span

Fans pull in dirt and insects that can block the internal system.

Without fans, the electricity that would have been used to power them will be channeled to something else.

The fans move, so once you eliminate them, the chances of failure will reduce.

If you need large controllers, look out for ones without fans that incorporate advanced mechanical design software for cooling.