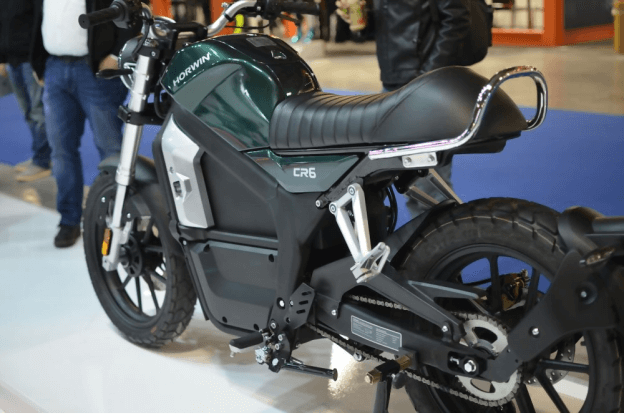 The invention of the electric vehicle paved the way to a new aspect of technology that the world did not know was possible. As soon as success was reported in the establishment of the electric car, researchers, corporations with top-notch scientists and inventors from all over the globe took to the drawing board trying to come up with an electric motorcycle. After several years of development, horwin is finally ready to launch the Horwin CR6 and CR6 pro electric motorcycles.

In this article, we discuss the features of the Horwin CR6 and CR6 Pro.

The CR6 Pro motorcycle’s performance is both exemplary and revolutionary. The motor power combines the unique driving pleasure than other traditional motorcycles provide, and additionally, they are environmentally friendly. This bike can accelerate from 0 to 60 in a matter of 5 seconds. The speed of this motorcycle stands at a whopping 105 km per hour, which is perhaps one of the most attractive features of this motorcycle.

The CR6 PRO feature a cooling system that employs oil as the primary coolant. The oil works by removing excess heat from the motor and the gearbox. The heat is then transferred to the oil from which it passes through the radiator in a heat-exchange process. This process works to extend the life of the oil and therefore extends the life of the powertrain’s service.

The controller of the CR6 Pro is perhaps one of the most unique in the market. The square wave controller is more reliable than the conventional ones. This controller is also faster in terms of acceleration and is also energy saving. Additionally, the controller is high performance, allowing the driver to have a consistent and superior experience while riding.

The frame of the CR6 Pro is of high-strength. The high-strength is attributed to the combination of the ultra-light aluminum and the forging technology. The gravity of the structure is also reasonably balanced for a better driving experience even at fast speed.

This motorcycle features an electronic braking system with disc brakes situated both at the front and rear.

The Horwin CR6 features an electric motor that is more powerful than the conventional ones with a power of 7.2 KW and a speed of up to 95 Km per Hour.

These motorcycles use lithium-ion cells manufactured by PANASONIC. The batteries can be charged to completion in about 3 hours and offer a range of close to 150 kilometers. The battery pack is also well protected from the vibrations of the surface of the road and damage.

The CR6 features a classic cockpit with a bid display that shows all the crucial information like the speed, remaining reach, the mode of driving, among other features like temperature. It also features a background lighting system that allows the user to see the information in darkness.

The motorcycle features a CBS braking system that allows it to brake efficiently even in short distances.

The headlights use LED technology with settings for both high and low beams.

Both the CR6 and the CR6 Pro are creations of Horwin that have been in the works for several years. When it comes to mobility, these two brands of motorcycles are on a level of their own and a first when it comes to e-mobility. The two are both exemplary on their own hence, the decision on which of the two you should get is yours.